Three years ago, without really any particular reason, I decided to do an investigation on the Temel restaurant, the greatest restaurant in Bogota that closed more than 60 years ago. The investigation resulted in a long chronicle, where I related the history of Jack and Max Temel and their families over more than 110 years. The chronicle also resulted in a visit from the Temel family to Bogota, where I had the honor of meeting several members of the family, to visit the old Temel Alley, old Bogota and to spend several days together in the city where they had been born, but which they had not visited in 50 years. This visit and the chronicle were related in a 6 page article in the Magazine of the Javeriana University at the end of year 2013.

During those 110 years of family history, where I related events such as the persecution of the Jews in Austria, the horror of the concentration camps, the 9th of April of 1948 in Bogotá, the kidnapping of an airplane by Palestinian terrorists, I had not had to face an event that hurt me personally so much as the unexpected death of Sofia Temel Maisler, a beautiful woman of 59 years of age, that I met during her visit to Bogota in 2013. 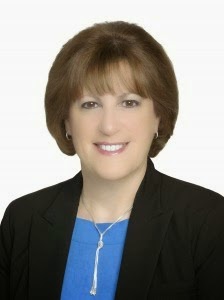 Sofia Desiree Temel was born on May 18th of 1955 in Bogotá, at the moment of glory for the Temel Restaurant. Her childhood was in a beautiful district of Bogotá. For reasons that I will detail in a future article, she emigrated to the south of Florida at the beginning of 1963. She suffered an aeroplane kidnapping when she was 15 years old and was attending ninth grade. Her adolescence was in a home where her father Max Temel dedicated the last 30 years of his life to the vital role of serving the elderly community, and her Mother, Hanna Temel, spent time on the important task of documenting her experiences in concentration camps so new generations would not forget this terrible and tragic history.

Sofia married Jay Maisler in 1977, a marriage which produced three children, Rachel, Brian and Aaron. Sofia also dedicated her life to the service of others, continuing the tradition of her parents. She was a social worker, specializing in the care of the elderly, graduated from the Wurzweiler Social Work School. She was the Director of Senior Services at Tampa Jewish Family Services, an organization in Central Florida. She also contributed to fund recollection for diverse social causes. At the moment of the collapse that resulted in her death, Sofia was working in an event that involved fund recollection.

The image that I have of Sofia is the one of a woman with an eternal smile, intelligent, kind. She remembered very clearly details from the Temel restaurant, even 50 years later and lots of architectural transformations. She told me a lot of details that I was not aware of about the purchase of the restaurant and the conflict that involved Max and Jack's families, which resulted in the closure of the restaurant. She was a very special woman, worthy heiress of the tradition of service in her family, which has continued with her children, especially her wonderful daughter Rachel. She died very young, leaving a great void in every one of us who got to know her.

To her husband Jay, her children Rachel, Brian and Aaron, to her mother Hanna, her brothers Charles and George, to the Temel and Maisler families, my sincere condolences, which are filled with affection and admiration for Sofia's life. May the creator of the universe take care of her in heaven, and give you the strength to handle her absence. May her example be remembered with joy through all the generations.
Publicado por Germán Niño en 4/19/2015 11:28:00 p. m. 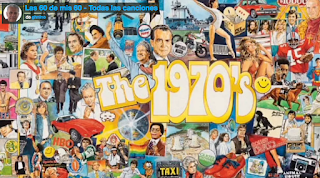